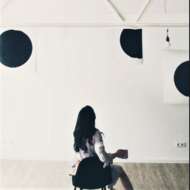 Milena Milosavljevic was born in a year of 1986. in
Novi Pazar town. She graduated at the Academy of Arts
in Belgrade in a class of prof. Gordan Nikolic. She
continued her education in Düsseldorf in a Class of
Richard Deacon and graduated as "Meisterstudentin"
from Franka Hörnschemeyer. She is the author of
numerous dialogues, collective and individual projects
in Europe, USA and Asia. She was invited as a speaker
in META conference -Virtual reality, NRW Forum
museum, Düsseldorf(2017) and took part in
Interdisciplinary artistic research of German Art schools
in Montepulciano(2018).

.. Milosavljevic’s art objects and art installations often
include elements from the artist’s personal life
experience (her own memories and personal
impressions, the lives of their family members and the
people around her). Beyond this she explores broader
historical, social, or political issues, particularly those
that tell a story of the surrounding where she comes
from and the one where she currently lives. "40 kg
stories" are concrete casting molds that stand on the
border between the pictographic language (the global
digital language, the officially used in 212 countries
today) and Roman stone monuments from the 4th
century, in which the artist played as a child. Choice of
material plays a very important role in Milosavljevic’s
artistic expression. The material reflects the complexity
of a certain "language". Milena uses different materials
in her work, depending on which content plays an
important role in her artistic approach. she often plays

with global language, with terms and everyday objects
and transforms them into her own personal structures.
She is particularly interested in the stories between myth
and reality, between past and present and between
identities and stories....