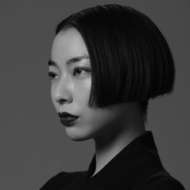 XIONG YANZHI
https://xiongyanzhi.com/
This user account status is Approved
About About
Artworks Artworks

Xiong Yanzhi was born in 1989 in Guizhou, China. She graduated from The Central Conservatory of Music, Majoring in opera performance, Beijing 2013. Since then, She received two MA degrees, one in Opera Performance at the Royal Academy of Music London in 2016, and the other in Painting at the Royal College of Art, London in 2018. Yan’s work looks at the boundaries of the visual and the sonic, including the operatic voice, digital sound, installation, painting, video, photography and performance. Each of these mediums is utilised to create new spatial modes of difference, to draw lines around the emerging patterns of the in-between and to give rise to affective encounters.